What can we learn about how we perceive culture, race, and each other by talking about food?  As interpreters of many cultural traditions, blending flavors with seasonal resources to match our palate preferences, we found this conversation especially provoking.

This is the first episode of Other Peoples Food from WNYC's The Sporkful (one of the two identical streams above should work for you):

Where’s the line between culinary cross pollination and cultural appropriation? In other words -- what’s the difference between taking inspiration from someone else’s food and ripping it off? 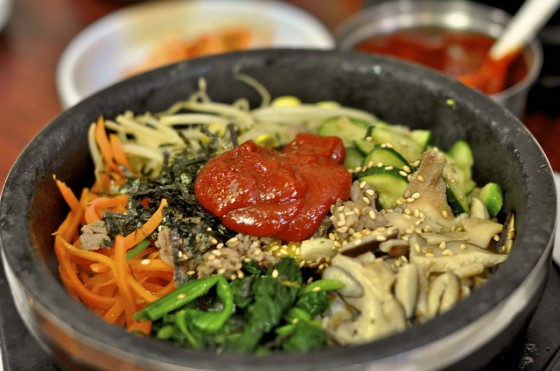 Last fall, we were confronted with some of these questions when some listeners expressed frustration with how we represented Korean food here on The Sporkful.

Here's the deal: Dan was talking to Food Network host Sunny Anderson about bi bim bap (above), a Korean fried rice dish. It’s sometimes served in a hot stone pot, and all the rice that touches the pot turns golden brown and crispy.

He had the idea that if you increase the surface area of the stone pot by refashioning it to look like a bundt pan, you’d get more crispy rice. He called his invention Bi Bim Bundt:

Some people loved the idea, but others were insulted. Nick Cho, a Korean-American listener in San Francisco, tweeted us that he was offended. So we invited him on the show to talk about it.

"To assume that your little bundt cake idea is somehow going to improve on this thing that's been around for so long -- there's that idea of cultural co-opting," Nick says. "When people treat your cultural institutions so flippantly, that's where I think it can rub people like me the wrong way."

Listen in to the episode to hear what we all can learn from Nick about how to treat each other's food with respect.

One person who’s thought a lot about these issues is Chef Rick Bayless. He owns several successful Mexican restaurants in Chicago and Los Angeles, and his Frontera salsas are in stores nationwide. When the president of Mexico came to the U.S. for a state dinner, the White House called Rick Bayless to cook the food.

And...he's a white guy from Oklahoma. 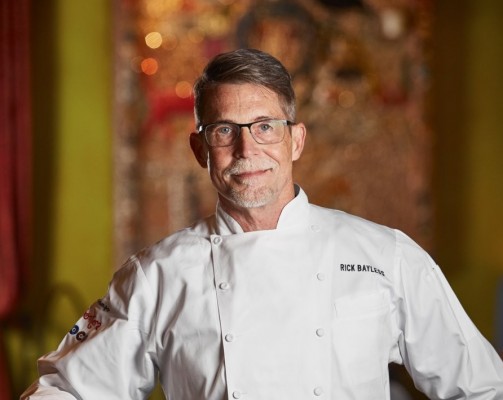 Bayless is widely admired because he's done so much work to study Mexican food and culture. He speaks Spanish fluently. He spent five years living in Mexico, visiting every state in the country. And he returns to Mexico every year with his restaurant staff for research and training.

But at times he has been criticized because he isn’t Mexican.

Professor Krishnendu Ray, chair of NYU's Food Studies Department and author of The Ethnic Restaurateur, says this response is "a way of raging against inequality in the field." He says white chefs like Bayless have more freedom to play with other people's food than chefs of color do.

Here's how Bayless responds on our show:

"There have been a number of people out there who have criticized me only because of my race...because I'm white I can't do anything with Mexican food. You have to stop and say, 'Wait is that just plain racism then?'" 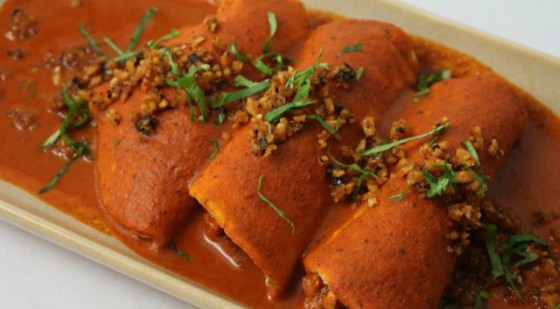 Listen in to the full episode to hear our candid conversation with Chef Rick Bayless.